I’ve been binge watching Mark Brown’s Game Maker’s Toolkit series on YouTube. Mark is a game critic that has been creating these video reflections on games, typically on aspects of their mechanics. I’d like to discuss one of Mark’s videos called Super Mario 3D World’s 4 Step Level Design in which he looks at the super successful level design of Super Mario 3D World. Have a look:

The game introduces a dazzling amount information to the player. Looked at as a whole it might seem overwhelming yet, according to mark, it works really well. I’ve been seeing this idea of overwhelming game mechanics a lot lately. Some of us at ALC recently consulted with a school who wished to introduce self directed learning to their students. This is like going from a linear 2D scroller—where everything is spoon fed to you—to a massive open world game. In ALC we have a number of games (or tools) such as Kanban boards, Set-the-Week, and Gameshifting that support self directed learning. When put together all these games seem, to the uninitiated, as overwhelming and complex. Just look at the Kanban, with it’s infinite variations and ability to expand to fit almost any situation. 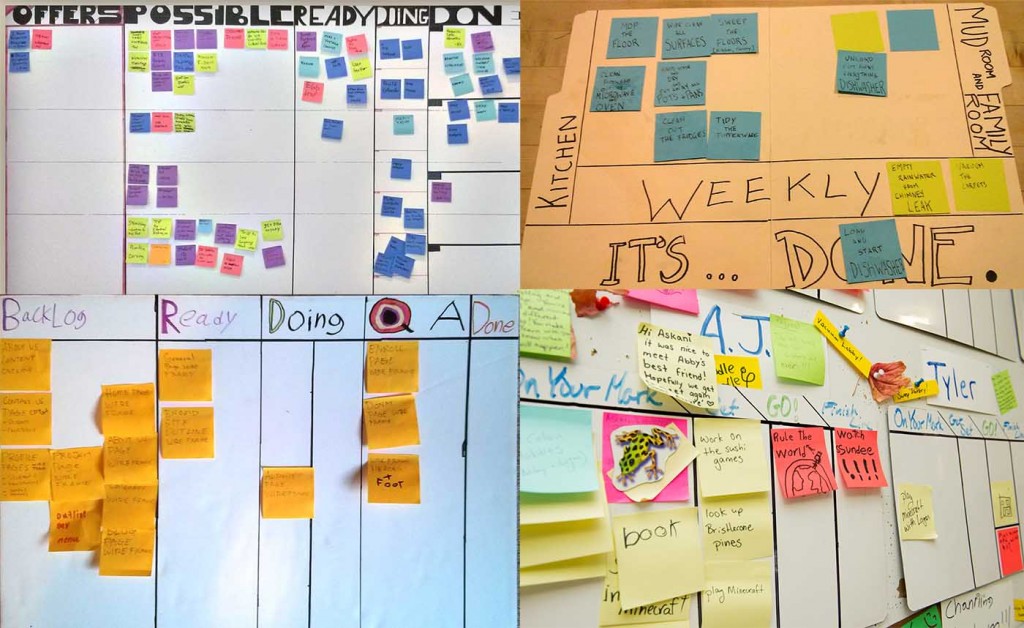 The teacher at this school was keen to introduce our tools to her students, but it was clear to the ALFs present that this would be too much too fast. I wanted to support her in doing this, but more level heads were able to “limit the work in process” and we ended up suggesting a super simple Kanban and Gameshifting board to start.

I think that we can look toward Super Mario for inspiration when trying to introduce our games.

As outlined in Mark’s video Mario is using a “four step” design principle.

This provides a useful template for introducing our tools, let’s focus on the Kanban, as it lends itself to this methodology. 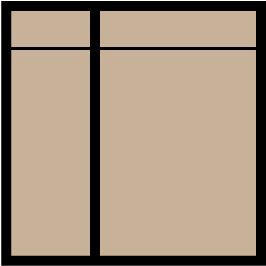 When Mario introduces a play mechanic it will typically do so in a safe environment with low stakes for failure. The player can then try and fail without risking a life while they feel out the mechanic.

The introduction to the Kanban can happen in two ways. First, it can be simplified into it’s most basic form, which I would describe as a two column board with these headers:

I use the word want very deliberately here. It’s lower stake than will and makes failure a bit less sharp (changing a players perception of failure is for another level). The instructions are absolutely clear in these titles. Hand this Kanban and some sticky notes to someone and it’s instantly clear what they are going to do with it.

I’ve used a method like this when introducing ALC or our tools to people in the past. 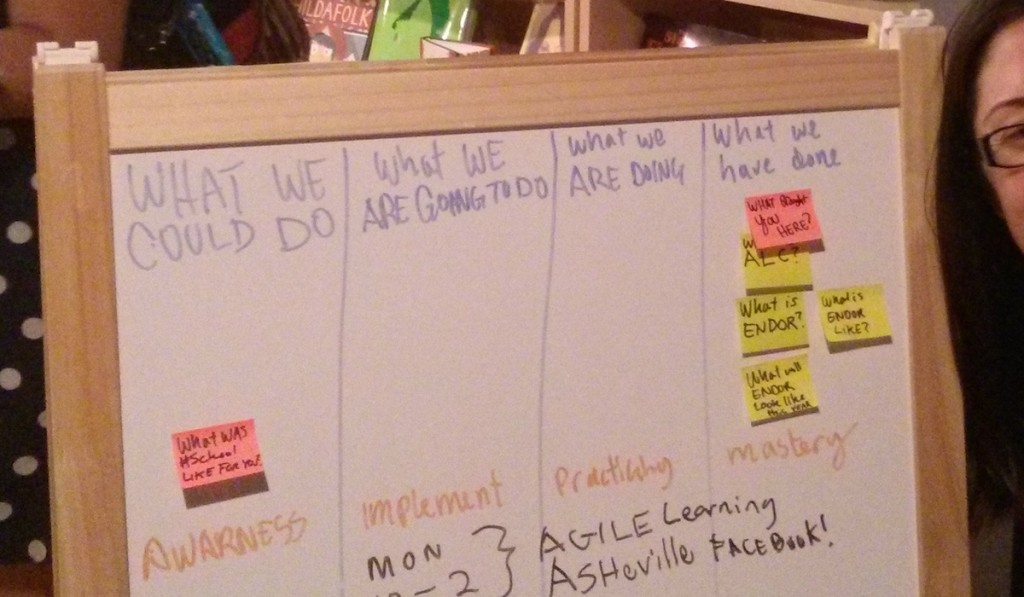 By using a kanban to manage the presentation I am able to model the tool in a useful way. This, again, is a safe way to introduce people to it. They are participating with the tool, but not having to take care of it themselves. 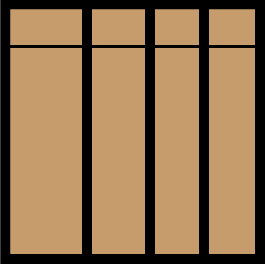 As we move through our Mario level we are challenged by a slow development of that mechanic. More complexity is added as the player moves through the development.

With our Kanban it’s easy to see how to do this. We can just start adding columns. In the example of introducing Kanban to a school we might start with a two column and after a few weeks add a third column then a fourth.

The idea is to develop the tool over time with the player. Add new columns as the player realizes new needs. 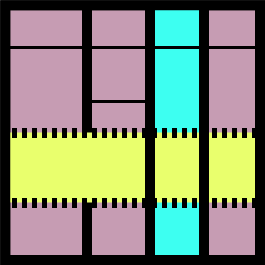 In Mario the twist is typically the addition of an unexpected challenge that makes the player have to interact with the mechanic in a different way.

With our Kanban the twist can come in the form adding elements that expand the functionality in unexpected ways. For instance adding rows (“swim lanes”) to group tasks.

The twist, I think, should be drastic and complex. It’s meant to show where such a tool can go. The twist opens up the players imagination to possibilities. 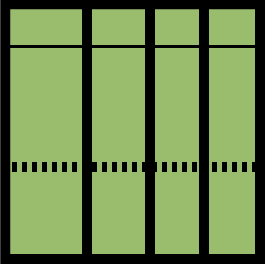 Now we are done. In Mario the conclusion consists of one last use of the mechanic to show mastery by the player. Like a pat on the back for learning a new skill.

For our Kanban the conclusion can come from having our student walk away with their own modified Kanban. After seeing the “twist” they might well be inspired with a concrete way to improve their Kanban.

We expand the possibilities then conclude with an appropriate application of the flexibility.

Games as tools, tools as games

I think there is quite a lot to learn by thinking about our tools and practices in the context of games and game mechanics, especially video games. For the past 20+ years video games have been teaching people a wide variety of skills. Video games are coming to be the dominate storytelling medium in our society. Modeling our own pedagogy from the best that games have to offer gives us a powerful ally in expanding the reach of our ideas. I will certainly be looking more at game development and its practices to see how I can leverage it in my own practice.