Today we had the pleasure and honor of hosting Sweetwater Nannauck who shared with us a talk on the history of colonialism. She focused on how American Laws have subjugated and destroyed native culture for the past 500 years.

The aim of public education for native people is encapsulated in this quote:

Kill the Indian, save the child

I learned about John Trudell. 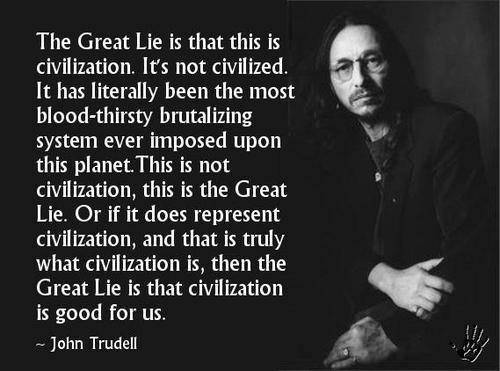 After Sweetwater’s presentation we broke out into groups and looked at contemporary laws that oppress all people right now. The students looked at the P.A.T.R.I.O.T. act, The Drug War, and Net Neutrality. I was impressed with this collection of ideas to explore (which they more-or-less came up with on their own). I equated it to state control of how one expresses them selves (PATRIOT act), how people live (Drug War), and what they have access to (Net Neutrality).

After that discussion we moved onto watching a really heavy movie called Schooling the World: The White Man’s Last Burden (full movie here). It really fit well with Sweetwater’s presentation and affirmed why I’m doing what I do. This was so inspiring to see how badly good intentioned people have screwed everything up. It inspires me to be very careful about how I structure and create Agile Learning Centers. To paraphrase one of the speakers from the film:

It is one thing to say “I’ve got something interesting I’d like to share” and quite another to say “Good thing I’m here, I’ll take your children and educate them now”

Later I did some drawing. I practiced hands: 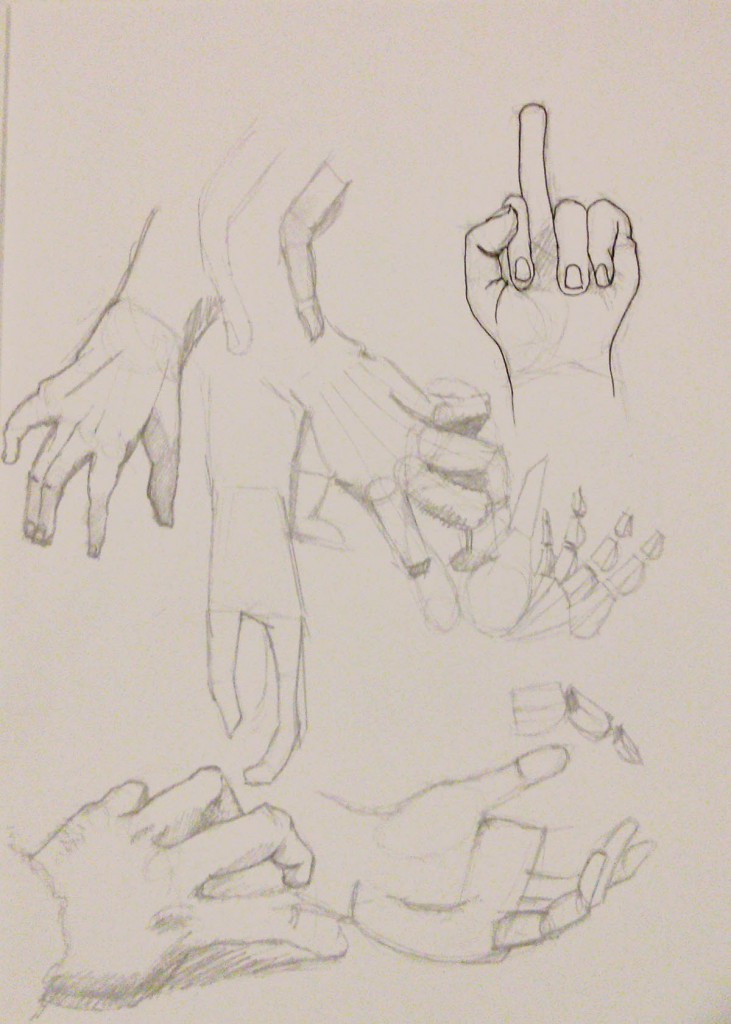 I did a bit of improve lead by tommie, we played a game called “freeze” where two people play a scene and then anyone else can say “freeze” and tap one of them out and start a new scene.

I watched Abe play Minecraft for the first time and spoke to the kids about what they want to do with a friend of parent who wants to teach some gardening and premaculture skills. I’ll be negotiating that arrangement tonight.

Today’s list is what 5 things do you want to do more of?