I’ve been trying to gather feedback for a card on the ALF Community Mastery Board:

I feel like it isn’t being taken serious largely due to the amazing community we have who operate from a place of trust, respect, and understanding. It doesn’t feel like a big deal to define agreements because if something comes up we can “deal with it” on a case by case basis.

Perhaps that is right, but I don’t think so. We are growing at a fast rate, 5 new ALC Startups in the past 2 months, with nearly zero advertising on our part. The folks working on network infrastructure (like the website, etc) are foreseeing a “flood” of new interest in the coming year.

I work to keep our communication infrastructure running and transparent. Most of this is configuring web services, documenting their use, and working on making clear how they function. A part of this upkeep is also keeping cultural technology well functioning. An email list or website activity feed isn’t working if it’s full of spam or harassing messages.

Right now there are about 6 email lists, multiple forums and discussion spaces on this website, plus endless comment threads on each blog post (including this one). We have no explicit agreement about what is and is not acceptable on any of these channels. 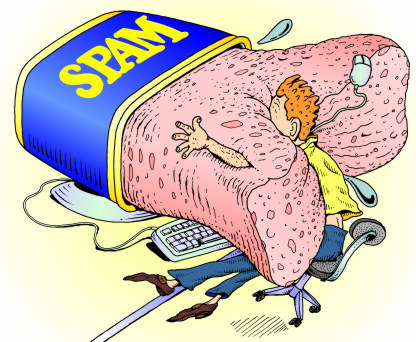 For the most part people can delete comments on their own websites, administrators of groups can moderate their forums, and empowered users can remove toxic people from email lists (which hasn’t ever happened). This is a fine system when we have only about 150 users. What happens when we have 1500 users? 15,000?

This isn’t the first site of this kind I’ve built. In 2011 I worked with a team of activist technologist to build a very similar site for #OCCUPYWALLSTREET in NYC. There was a need to coordinate and communicate about the encampment in the park digitally. It’s scope was limited to the NYC metro area and participants limited to people actually on the ground.

Even with this limited—trust based—scope things quickly spiraled out of control on the website. A minority of people began to create a very unsafe space online for other users. The tech working group who oversaw the site didn’t have clear guidelines around how to remove people. We were too afraid to use our autonomy to police the site because it hadn’t been clearly defined or granted to us by the larger community.

Our site, which we had worked so hard on, died. Only the trolls remained on the site and all the nice people who were interested in social change were driven out.

I don’t think the same thing will happen to the ALC site, the stakes are much lower and the community is much more grounded in trust.

The thing is, I don’t want to wait till something bad happens to have a process in place! I don’t want me and the other people I have granted admin rights to make arbitrary decisions about if a person is damaging the communication channels of our community. I want to be able to look to an agreement that is clear, which I can show to someone in “violation” and say “what you are doing is against our communities’ agreements”.

– Keep posting relevant to the charter of the tool, no spam (irrelevant or inappropriate messages)
– Respect each other, no hate (any form of hate speech will result in immediate removal)

Any ban, blocking, or censorship will be forwarded to the Network Culture Committee Working Group (not yet a thing)

I think this could be much better. If we model it after student agreements, which are agreements that students sign to play in a space, then anyone in that space is empowered to point out violations of these agreements. This saves people like me from having to be the police and from normal users feeling powerless to deal with spammers or bullies.

Please add your suggestions below or, if you are an ALF add comments directly to the card.