I went out to an event for Flood the System last night in New York City. Flood the System is a decentralized group of activist organizations that are seeking to form action councils to coordinate actions across the world.

You can check out this presentation that was shared last night.

I want to talk about an awesome game that was played at the beginning of the event called Rebel Beach Bingo. 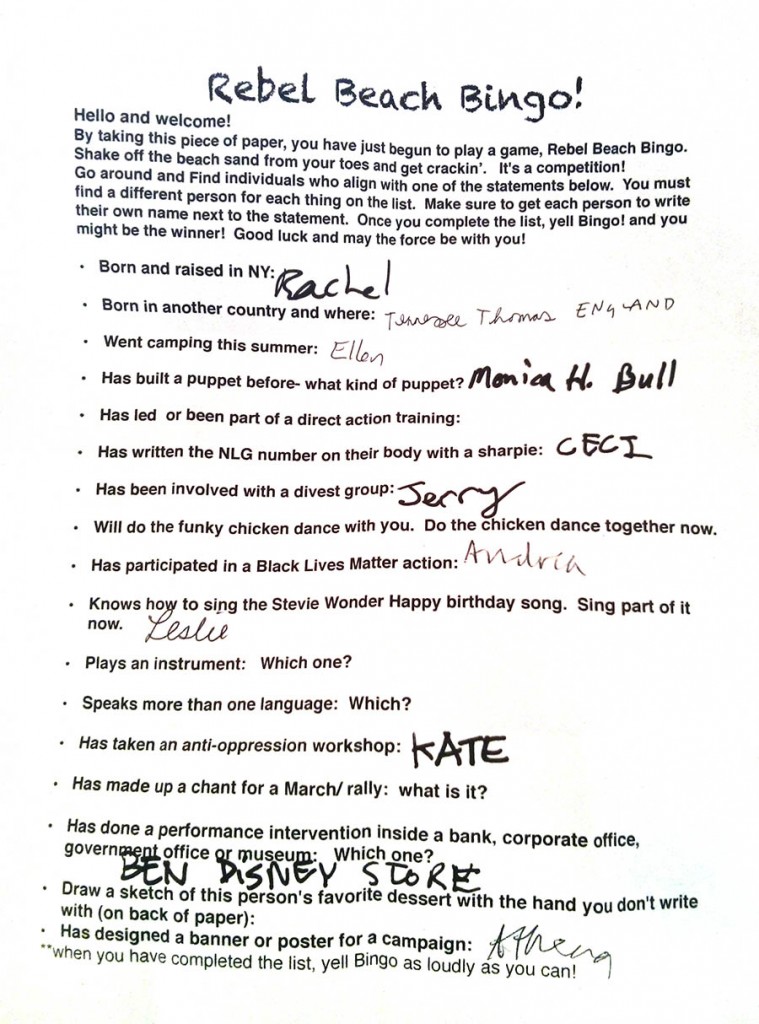 So this game was a great way to introduce people to each other and learn a little bit about what people are passionate about. I got to share with a number of people that I played and instrument and that I’ve written the NLG (National Lawyer Guild) number on my arm.

It was also a great way to manage the late comers. People would file in late and enter a high energy space where everyone is playing a fun game.

Then someone yelled bingo! The facilitators took over and had everyone circle up. Where we then did a game called allies where people step into a circle when they agree or align with a certain statement.

This game functioned to do a number of useful things:

By using both serious (“Has taken an anti-oppression workshop”) and silly (“Will do the funky chicken dance with you”) question they were able to expose certain truths about the group without making the whole process too heavy.