Today is my last day in my Manoa apartment. I’ve been dealing with a bit of a pest problem there and it’s nice to be leaving that behind. I hope the next space I live in will have a desk, for I do quite a bit of work and sitting on a bed using a laptop is very bad practice.

I’ve felt recently that I haven’t been getting out into the world enough while I’ve been here. It’s funny because I end up going out much more at school where I “work” then coming home and sinking into my computer.

Over the past week I’ve been doing quite a bit of work, which will payoff down the line because it will mean I’ll have money and won’t need to work and can focus on other things, like sitting on the beach doing nothing.

The street art fair Pow Wow Hawaii has started and we walked over to visit alex at The Cut. A number of the murals in the neighborhood have been whitewashed, ready to be re-painted. Seamus and I went out a few weeks ago and documented the street art, which I still owe a post about! 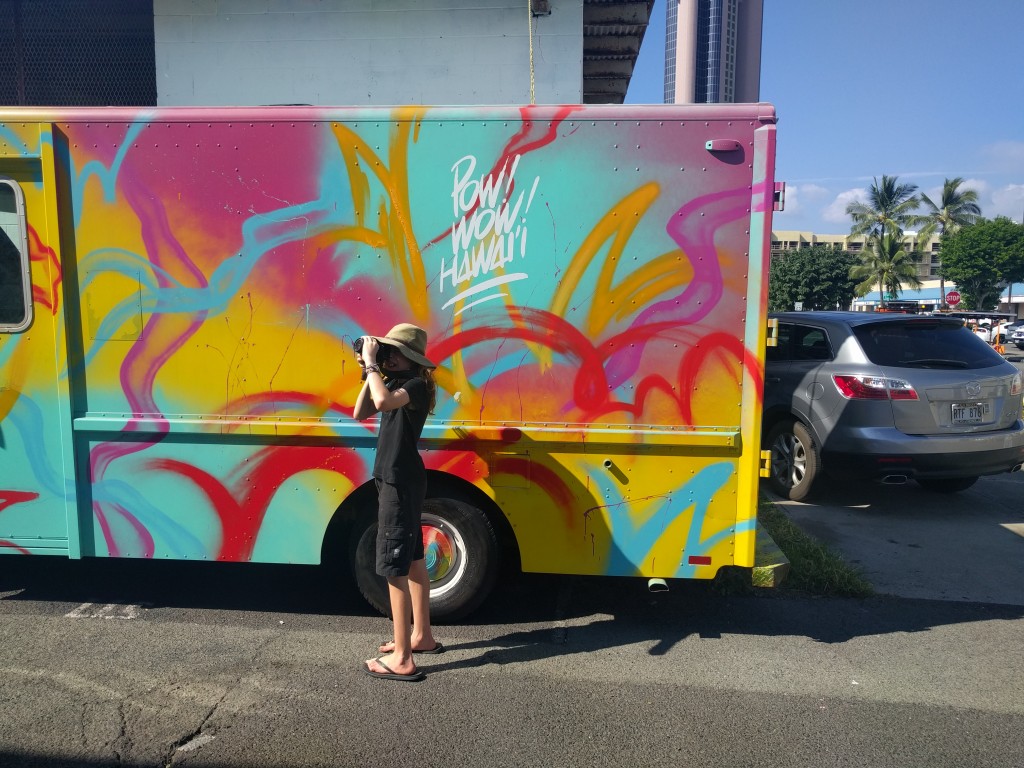 We all ended up back at ALC sitting around the table eating together, which was something Alex had suggested when we met with him around collaboration. I think that food is a very important aspect of life and that sharing it strengthens communities. Back in central Virginia on the commune Twin Oaks the community has dinner daily served in a communal space. ALC NYC has potluck assembly meetings. It’s something I’ve heard many times from political organizers, bring people together around food and everything else will follow.

I hope this becomes a more intentional activity in the school.

There has been movement in ALC Network around preparing a process for providing training events. Currently the consulting working group has been organizing around the idea. I’ve been processing documentation that @bear has been providing from east Africa around the successful trainings he did out there.

I set up a spreadsheet to track leads gathered—mostly—from respondance to our ALF Summer Questionnaire who have indicated Cincinnati, New Orleans, Oakland, Seattle, Victoria BC, Dobbs Ferry NY, and Yonkers as possible locations where 1 to 7 day trainings might take place. So it looks like I might be coming back to the states and driving around again this summer!

We had a big trip to Sharks Cove on the North Shore. 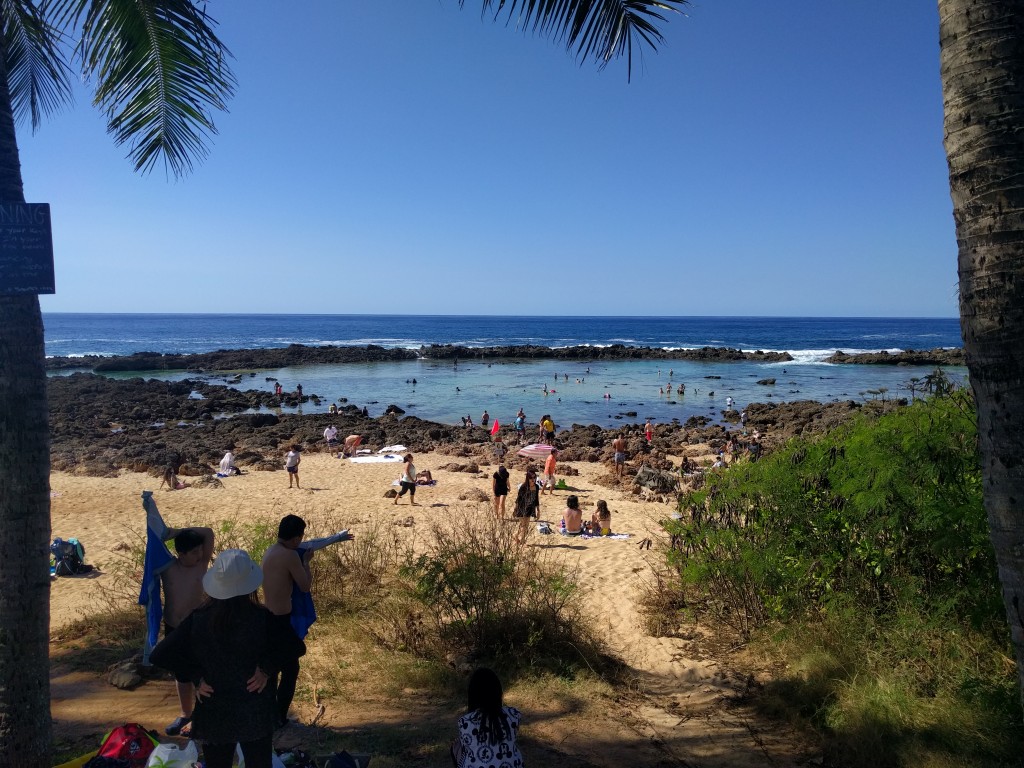 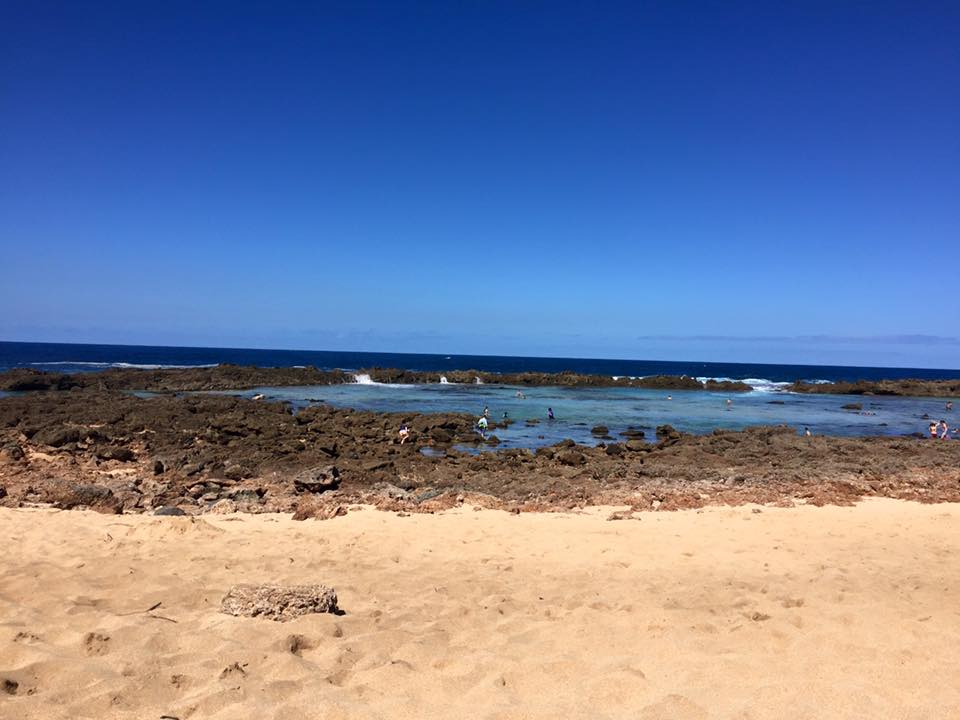 I saw so many fishes! We played in the mud as well. Such a cool spot.

When I got home I had a crazy work session on a rush project about superdelegates and Bernie, it was a joy to do the project because I got to work with my friend Katie on design and Thiago on the code.

The code base that Thiago put together is so cool, I’ll probably write up a post about the technology later, it’s sooo cool. It’s really a wonderful magical time to be doing web development!

It’s also fun for me to get into the crazy time crunch world of political actions. Katie, Thiago, and I all me during #OCCUPYWALLSTREET where we worked together on websites like this. I remember those days when I was getting 150 emails per day. It’s so much fun to be inside the eye of a storm like that and according to my friends working on Bernie stuff it’s really starting to pick up coming off his win in New Hampshire.

Wednesday was spent at home dug into a computer. As I write this I’m sitting in the ALC Oahu room with @seamus, it’s just me and him today because @ninablanco and @dyson are out on an adventure, Mandy is feeling a bit sick and has taken off, and @adrianna is on vacation.

We just got back from walking around the neighborhood and seeing some of the murals progression, here is a little sampling: 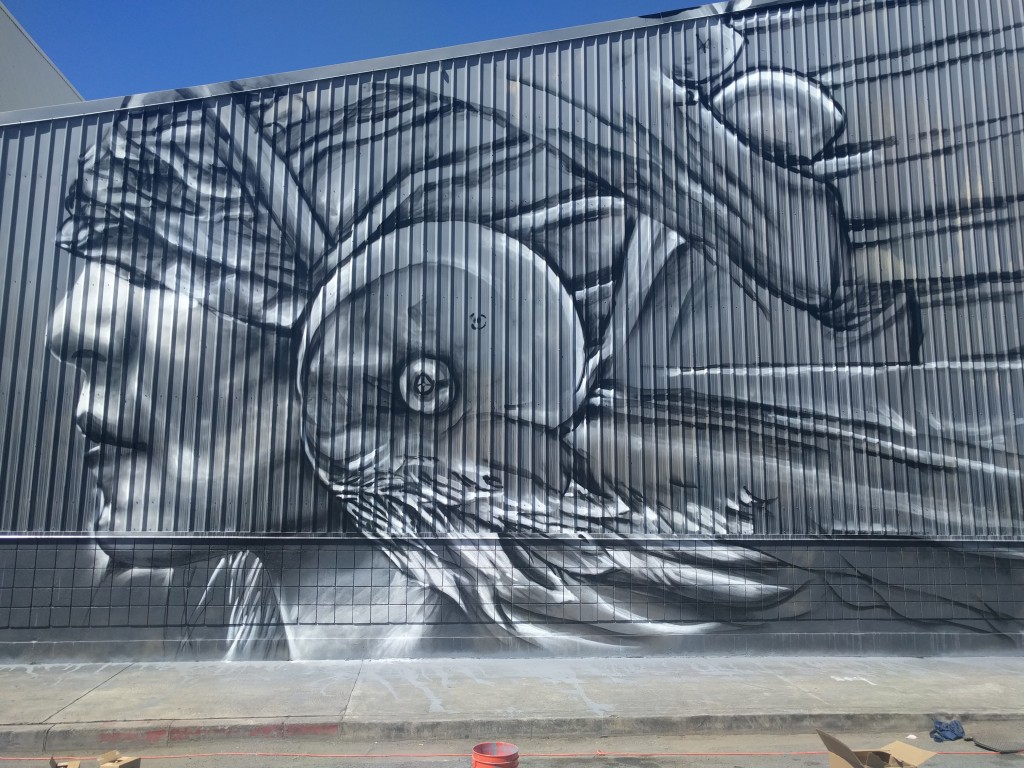 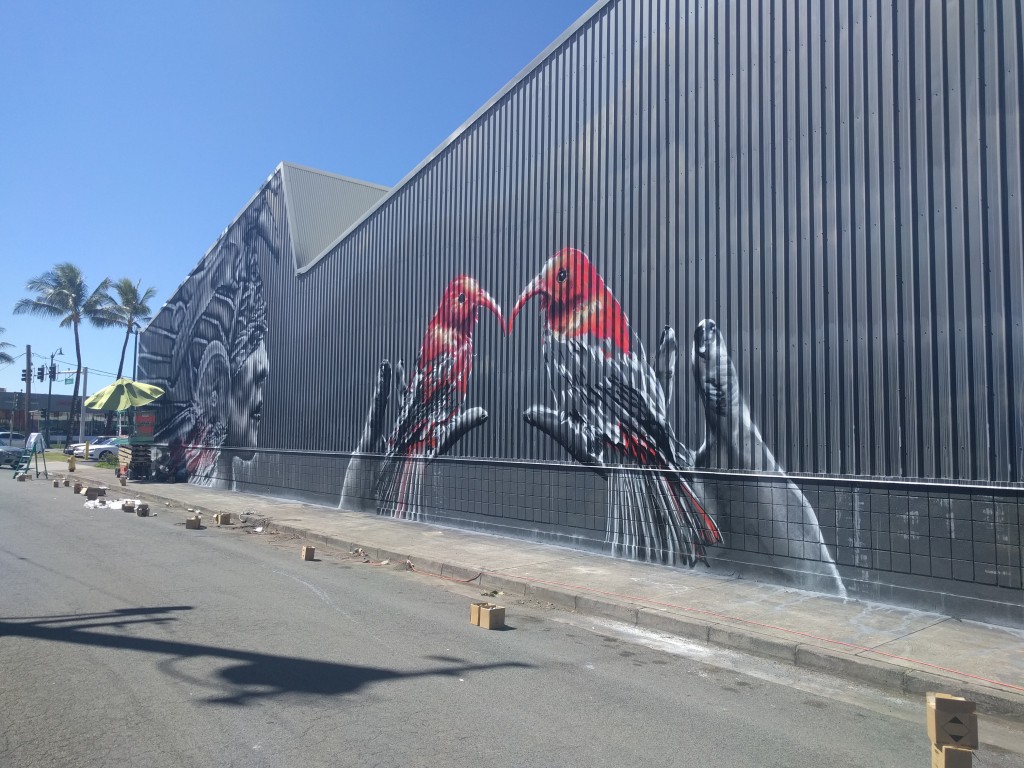 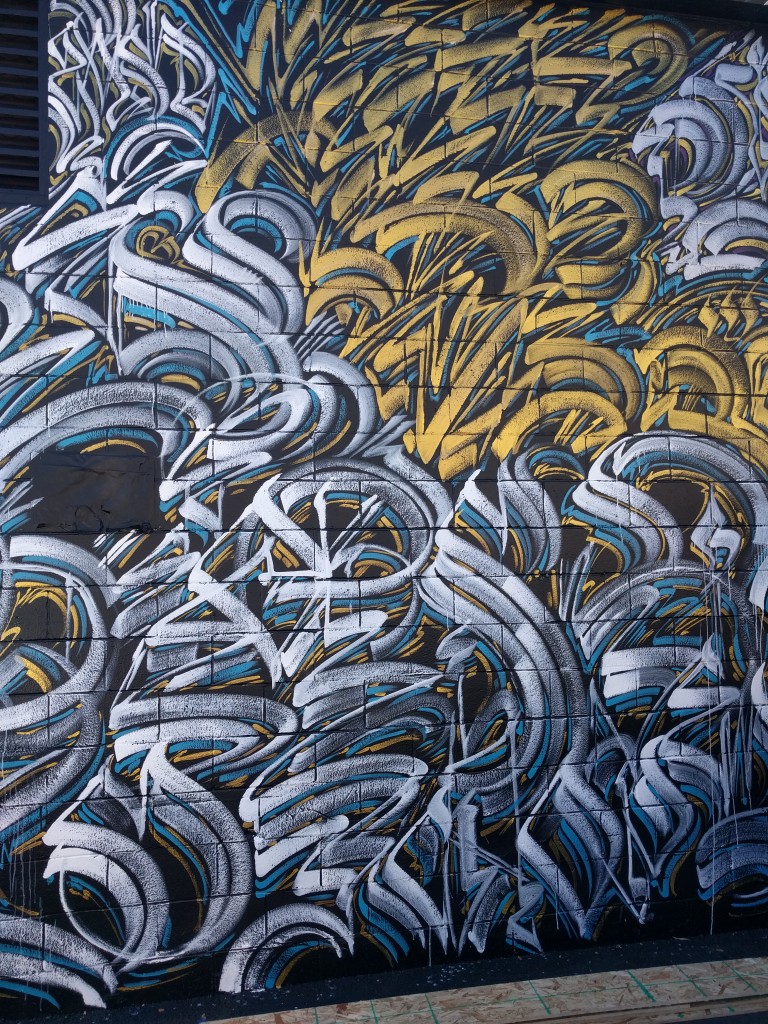 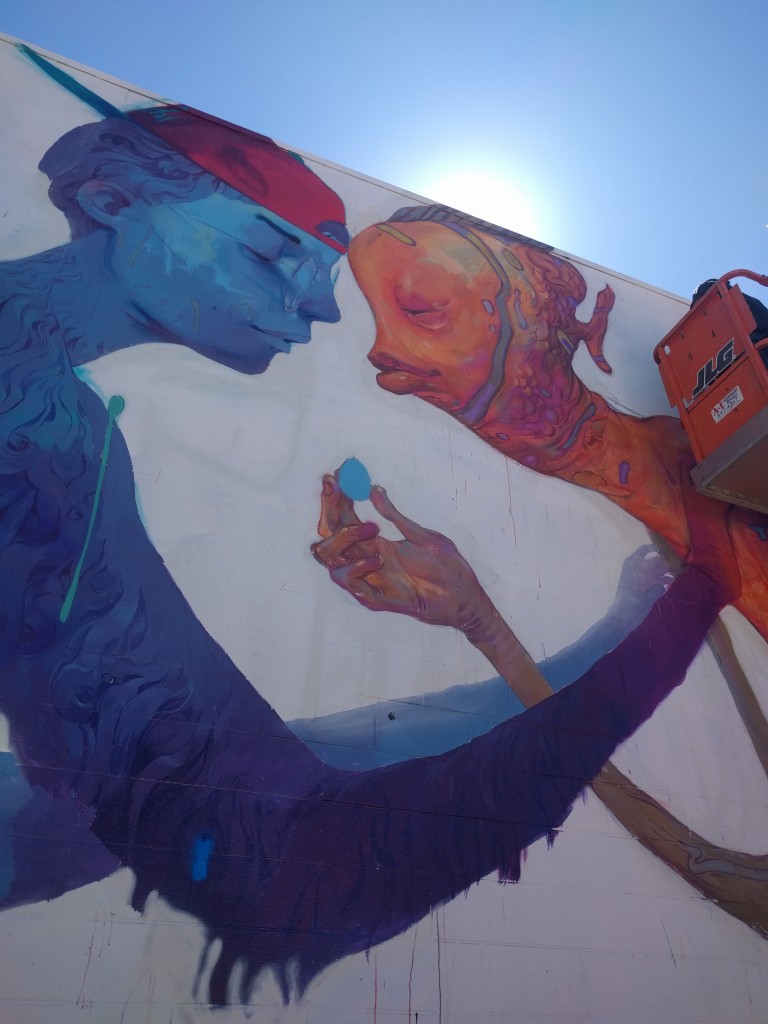 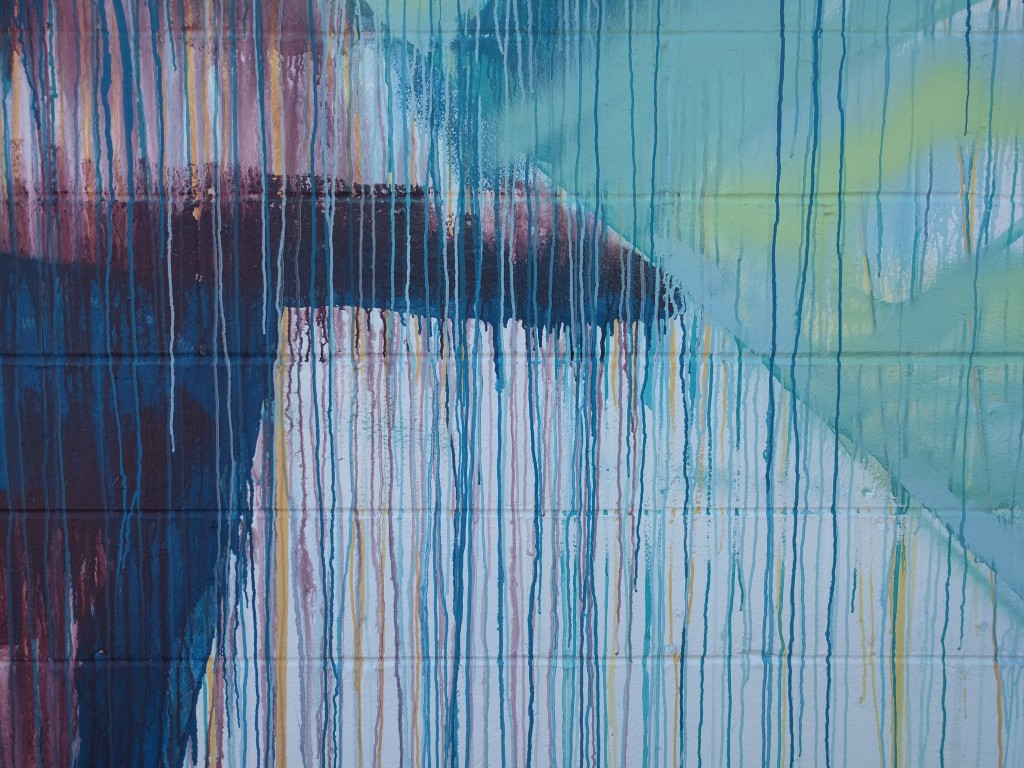