I learned a game up at Cloud House over the break. It’s a disk game (disk is the general term for Frisbee, which is a brand of disk. Much like Kleenex is used to describe tissue paper) that, at the time I learned it, involves 2 boots.

It’s very easy to play and can be very fun. 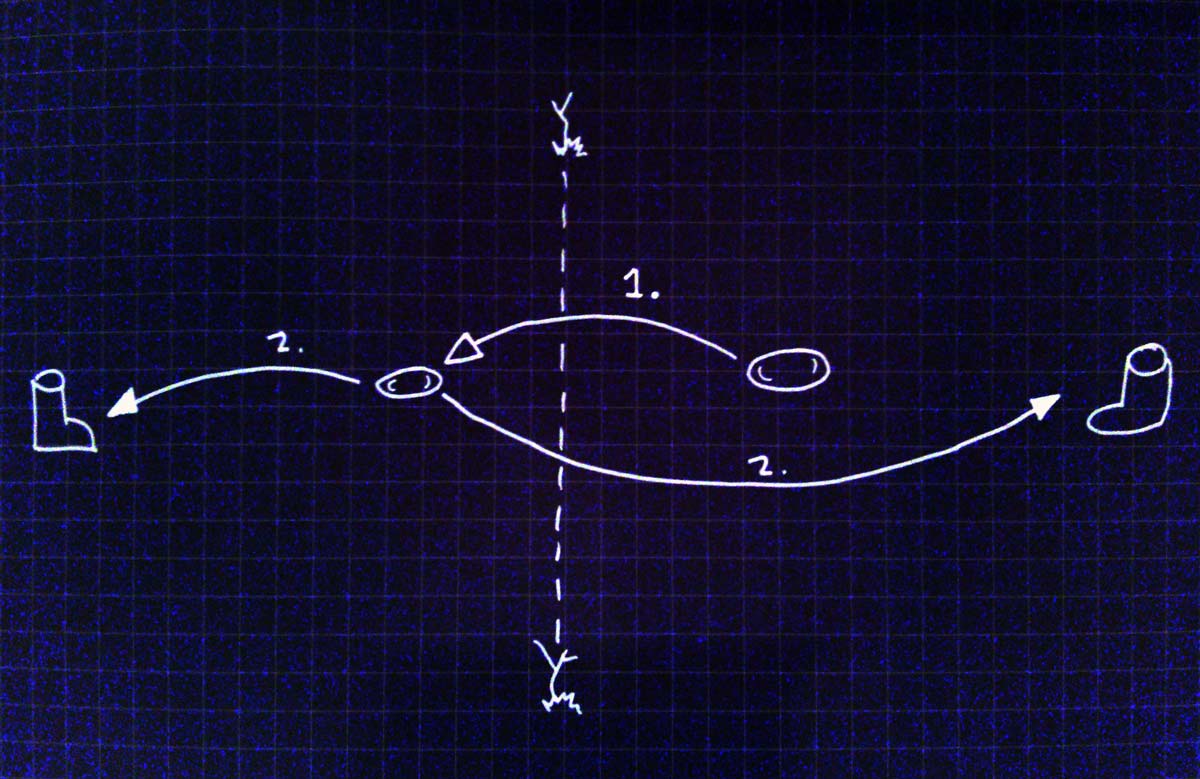 Start play by determining who gets the first possession. Each team should stand by a boot and one will throw the disk off to the other.

The objective is to touch the disk to one of the boots after throwing the disk across the center line.

If a team loses possession on the disk either by dropping it, missing a catch, or having it intercepted it is turned over to the other team. This starts the round over. The team with possession must then throw the disk across the center line then attempt to hit either of the boots.

So let’s say Tommie and Drew are on a team against Abby and Bear. Drew is the first to possess the disk (fig 1 above). He throws it to Tommie who is across the center line. Now drew can run to either boot at attempt to catch the throw from tommie. If he is able to throw or touch the disk to a boot his team gets a point. If he drops the disk it is turned over to the other team. Bear gets the disk and then must throw it to Abby who is across the center line before they can score.

If you know the real name of this game, let me know!